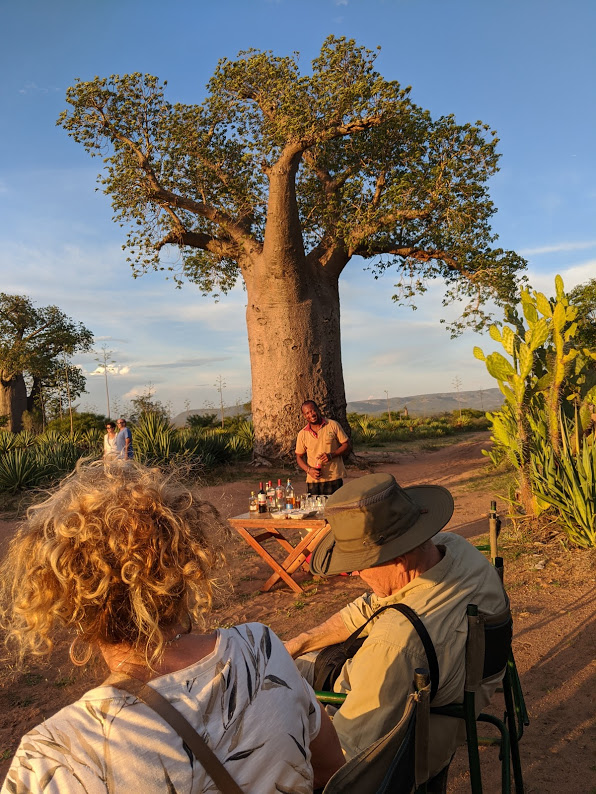 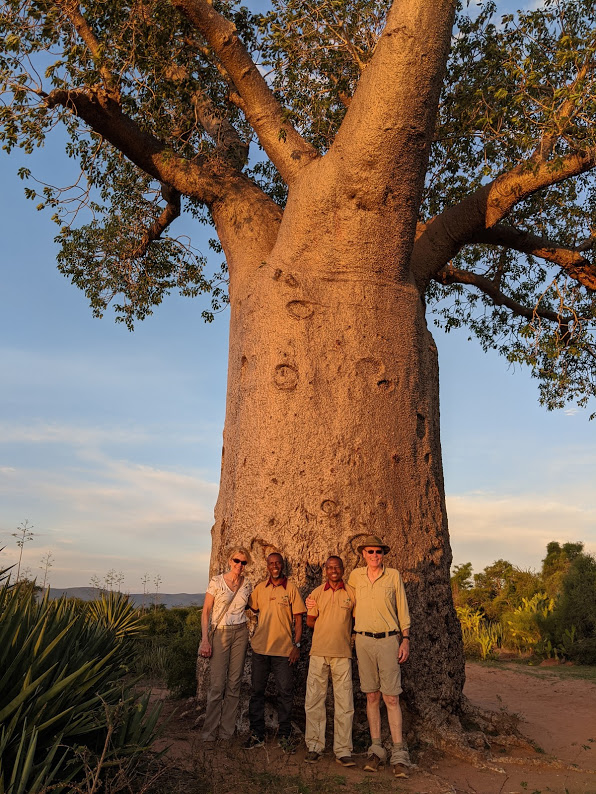 Jim Holden and Sonia Marsh were on a two-week trip to Madagascar, over the Christmas holidays, checking out the best experiences for our guests. We had no idea how many species of mammals, reptiles and plants are endemic to Madagascar, including 6 of the world’s 9 species of Baobab trees. 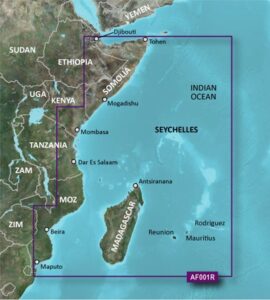 Why is Madagascar so different?

It all boils down to the prehistoric breakup of the supercontinent Gondwana. Madagascar separated from the African and Indian land masses approximately 80 to 135 million years ago, allowing plants and animals on the island to evolve in relative isolation. 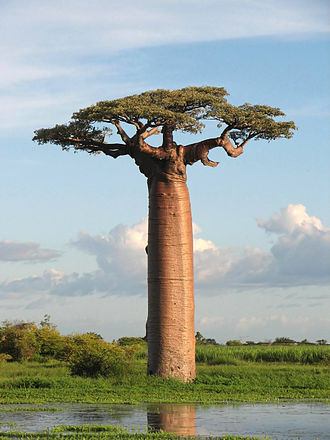 The baobab tree also known as the “upside-down” tree, due to its branches looking like roots sticking up in the air, grows only in Africa, Madagascar and Australia.

Adansonia grandidieri, sometimes known as Grandidier’s baobab, is the biggest and most famous of Madagascar‘s six species of baobabs. It can grow to enormous sizes, and may live to be 3,000 years old, although one in South Africa was dated at around 6,000 years old.

During our visit, we had an excellent guide, Theo, who explained how to tell the age of the Baobab trees endemic to Madagascar.

Animals and humans have used the the caves formed inside these huge baobabs as protection, shelter and even housing for thousands of years. The baobabs have also been used as jails, post offices, bush pubs and hiding places. 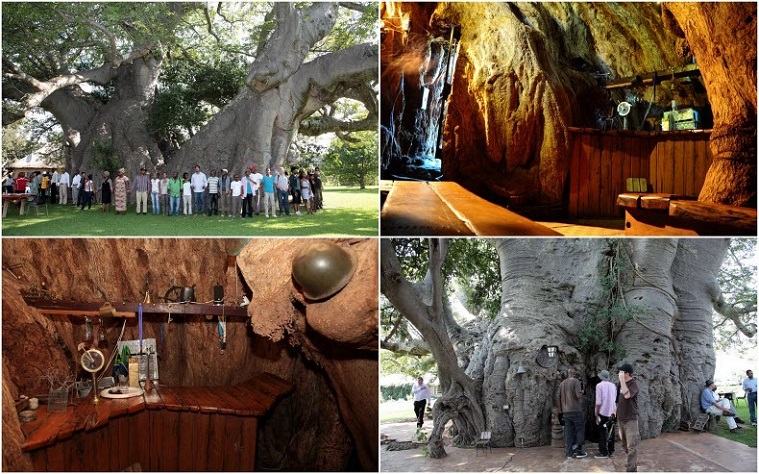 Hiding places in the Baobab

Baobabs are deciduous, and their bat-pollinated flowers bloom at night. When the leaves fall off in the dry season, the tree remains leafless for 9 months. The leaves are an excellent source of protein, minerals and vitamins A and C, and are also used as condiments and medicines. Cream of tartar (a cooking ingredient) was initially produced from the acidic baobab seed pulp The fruit has a velvety shell and is about the size of a coconut, weighing about 1.5 kilograms (3.3 lb). It has a somewhat acidic flavour, described as ‘somewhere between a grapefruit, pear and vanilla. 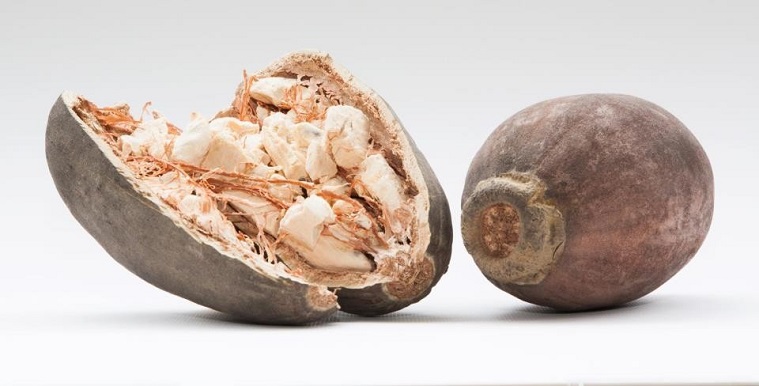 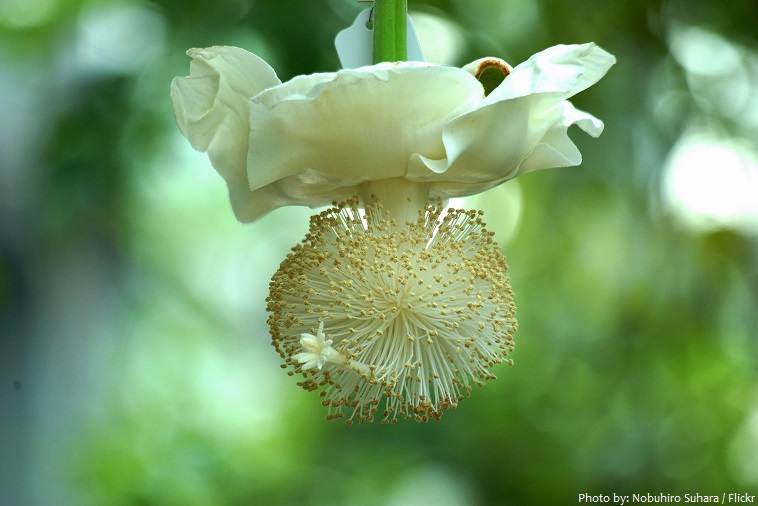 Elephants like to eat the bark of the baobab during the dry season to obtain moisture from the trunk’s reserves. The Baobab does not suffer from ring barking and can regrow bark if damaged by elephants. 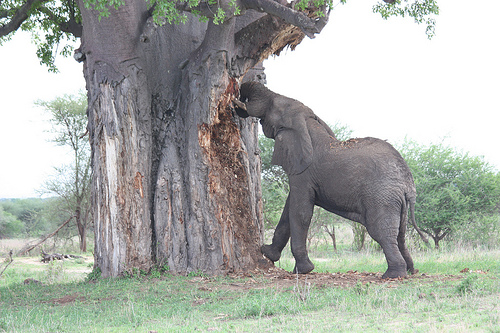 Elephant eating the trunk of a Baobab tree

Finally, the Baobab tree makes for a wonderful backdrop for a Sundowner, that’s the name for a wonderful African tradition of “happy hour” as the sun sets behind the magnificent baobab trees.

Sundowner next to the Baobab tree 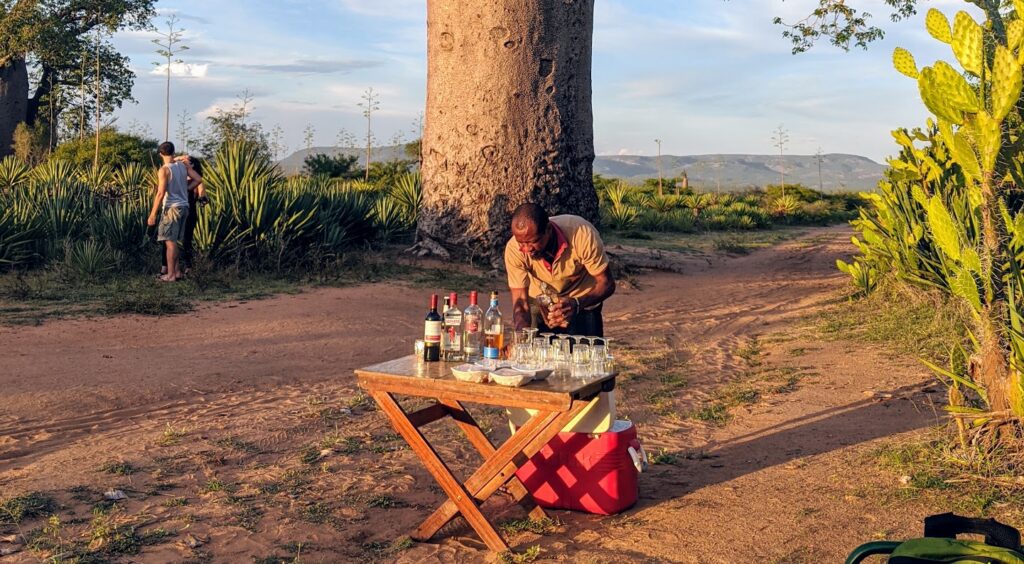 Sundowner cocktail hour next to the Baobabs in Mandrare

More posts coming on the lemurs, lodges, and chameleons.

And don’t forget our small group Safari to Zambia in November 2020. CLICK HERE

We would appreciate you sharing our Safaris with your family and friends. Referrals are the way we grow our business. We appreciate very much any referrals you make on our behalf. 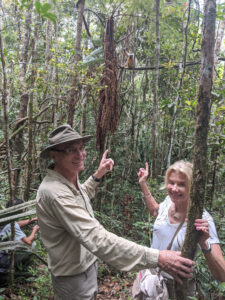