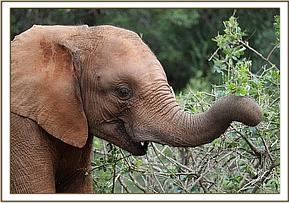 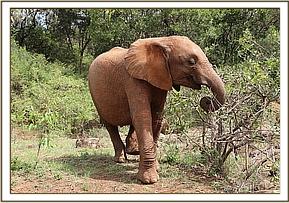 Sana Sana in a playful mood

On our first day in Nairobi, Kenya, we had the opportunity to visit the The David Sheldrick Wildlife Trust which operates the world’s most successful orphan elephant rescue and rehabilitation program in East Africa. 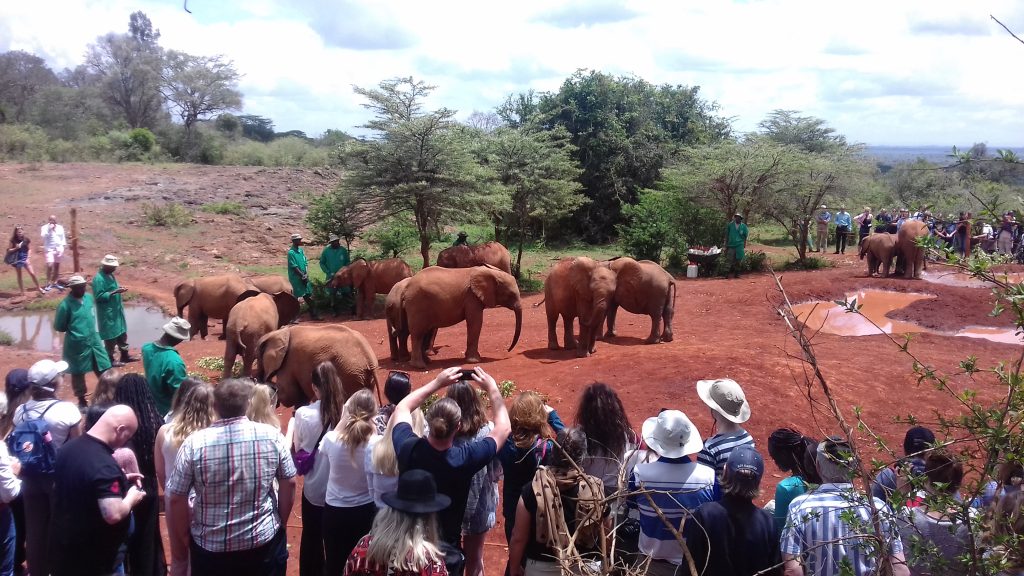 Jim Holden and I attended the 11 a.m., daily event where we got close to the orphaned elephants and watched them roll in the mud and play just like small children. We noticed a table with over-sized baby bottles filled with formula which Daphne Sheldrick succeeded in developing through trial and error over the years. This milk formula is essential  for rearing a new-born elephant through its first very fragile few months. 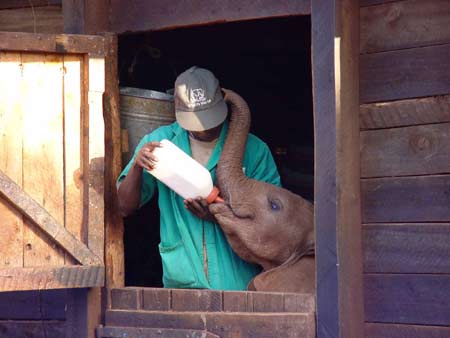 The human touch is so important to these orphans who are just like us. They need comforting and bond with their human ‘family’ (the Keepers) who replace the lost elephant family and stay with the orphans in the Nairobi Nursery 24 hours a day. These Keepers sleep with the infants during the night. They work on rotation so that the calf doesn’t become too attached to them which would result in pining when that person has to take time off.

Our adopted elephant, Sana Sana, whose name means “very much” in Swahili, was found wandering alone in the Namunyak Conservancy in northern Kenya. In her situation there were conflicting opinions – those who were desperate to save and rescue her, and the Conservancy Management who wanted her to remain, hoping she would be assimilated into a wild herd.

Sana Sana had a nasty wound under the tail having been mauled by a hyena. She put up little resistance when the Keepers swooped in to restrain her, after which she was laid on a canvas stretcher. A rescue aircraft was arranged and took off for Nairobi at 4.30 pm.

Upon arrival at the Nursery, it was apparent that Sana Sana was only 9 – 10 months old – and very much still milk dependent. She had been without her mother and milk for a good number of days according to the Keepers who worried about her emaciated condition. Her wound was cleaned and treated, but Sana Sana remained wary and reluctant to take her bottle of milk until the following morning.

Part of the Keepers role is to take the orphans on walks and introduce them to nature’s toys such as sticks and stones, plus artificial playthings such as rubber tubes and balls. When a baby elephant plays for the first time, the Keepers are reassured that the elephant is on its way to recovery, as an elephant will only thrive if they are happy. I’m happy to say that Sana Sana is doing well and we look forward to our monthly updates from the David Sheldrick Wildlife Trust Foundation on her growth and development.

If you would also like to adopt an orphaned elephant, please visit the David Sheldrick Wildlife Trust.

“We design authentic safaris, to unique and special places in Africa.”